In celebration of the Asian American and Pacific Islander Heritage Month, we were pleased to host the event: Aloha Rodeo: In Conversation with David Wolman.

Now in development with Disney films, Aloha Rodeo unspools the fascinating and little-known true story of the Hawaiian cowboys whose 1908 adventure upended the conventional history of the American West. An unforgettable human drama set against the rough-knuckled frontier, Aloha Rodeo has received widespread acclaim from the New York Journal of Books, NPR, and more.

Please watch the recording to join I-House Global Forum, Global Education, and the Fulbright Association as we took a deeper look into the journey of these three Hawaiian cowboys as they compete in the world’s greatest rodeo and uncover a hidden history of the American West alongside author David Wolman.

Writer for a number of major publications such as the New York Times, New Yorker, Wall Street Journal, and more, David Wolman is a sought-after author and speaker. Wolman has featured in media such as NPR and BBC, and continues to deliver lectures to audiences at major corporations such as Google, Proctor & Gamble, and more.

Wolman is also a former Oregon Arts Commission fellow, Fulbright journalism fellow (Japan), and a graduate of Stanford University’s journalism program. His other books include The End of Money, A Left-Hand Turn Around the World, Righting the Mother Tongue, and Firsthand. He lives in Hawaii and Oregon with his wife and two children. 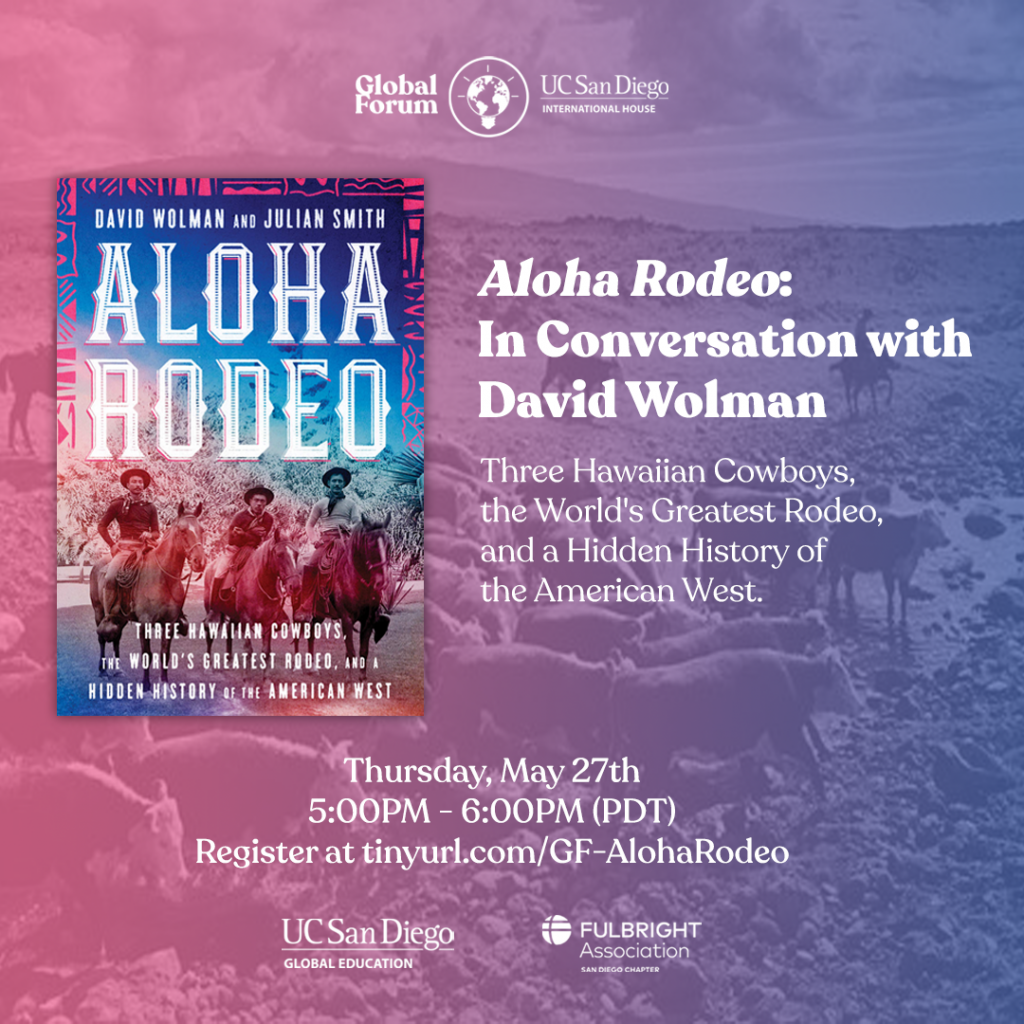