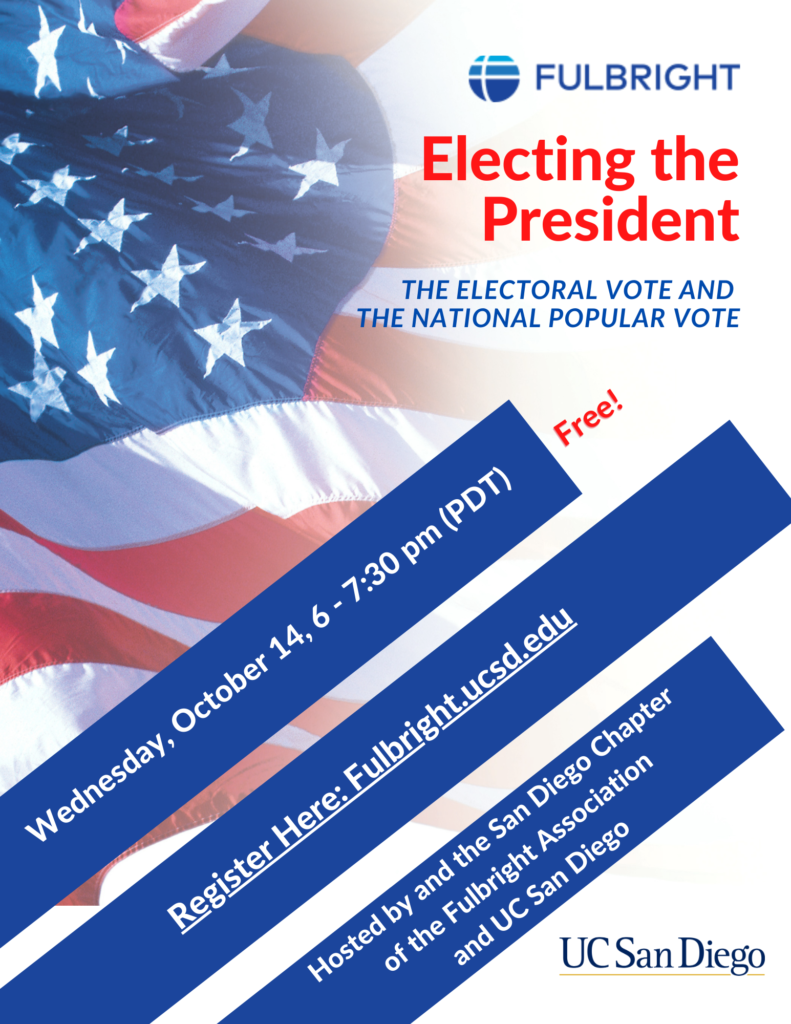 The presenters discussed the background of the election process established by the framers of the US Constitution, which includes the role of Congress, States, and the public. There was a lack of one strong unified method for an election process drafted by the founders in 1776, due to the multiple issues they had to consider. A sampling of the issues that had to be addressed included: 1) emerging new rural states with small populations, 2) the enslaved being a large part of southern states populations, and 3) a lack of reliable methods of communication to distant voters. The requirements that were clear and unified were that each voter had to be male and own property. This qualification stood until 1800 when Andrew Jackson ran for office on a platform of “universal suffrage” and thus property ownership was eliminated as a voting requirement.

Through the years adjustments were made to the process such as, methods for selecting electors varied by state, the population moved from rural and agricultural to residing in big cities, and slavery being abolished and the right to vote, along with women who also won the right to vote. The Electoral College has had positive and negative effects on elections through the centuries, most recently requiring interventions by the Supreme Court in the 2000 election and again on 7/6/2020 regarding “faithless” electors.  Efforts to amend the Constitution to change the method of election have not been successful. “One person one vote”, is the current theme for pursuit of the National Popular Vote as the preferred method for selecting the president in the USA. The panel will discuss the history, the Electoral College and the national popular vote regarding how to elect the president.

Sponsors:
This Webinar was supported by the San Diego Chapter of Fulbright Association and University of California San Diego: Division of Global Education

Mary Thompson is Chair of the “Civil Engagement Committee” of the North County San Diego League of Women Voters (LWV). She also researches and writes for the LWV (CA) on the Pros and Cons of voter education material. She retired as an executive from ViaSat Inc.in 2005; and currently promotes deliberative democracy with the LWV.

Jeanne Brown has her BS in the sciences and mathematics and taught for 35 years. She then earned her MA in Curriculum and Supervision. Following her retirement she was San Diego’s organizer for Common Cause for four years. She now serves on the Board of LWV and has served as President in the past. Her areas of expertise are “fair elections”, “money in politics”, and “redistricting’.

Derek Cressman is a California-based political reform advocate, author and former Candidate for CA Secretary of State. His political ideals focus on removing big money from politics, improving campaign finance transparency and modernizing the California voter Registration System. He began work on these issues in 1995 as the Democracy Program Director for U. S. PIRG and worked in many positions including Vice President for States at Common Cause 2006-2013. He is currently a Candidate for CA State Senate representing Sacramento. For additional information go to www.derekcressman.com

Miranda McGowan is a Professor of Law at University of San Diego, School of Law. She teaches Constitutional Law, Employment Discrimination, and Torts. Her research is in the areas of Constitutional Law and racial and gender equality. For additional information go to www.sandiego.edu/schooloflaw/faculty